This is your system on Blue. Any questions?

The new SR BLUE Quantum Fuse was developed over a two year period and represents our most advanced UEF Technology to date. At its heart is a completely new UEF / Graphene coating that delivers a dramatic increase in resolution and holographic realism over SR Black. And thanks to a new conditioning process, break-in time is cut in half. In fact a brand new out-of-the-box BLUE Fuse should significantly out perform a fully broken-in BLACK Fuse and it only gets better from there with full performance after 200 hrs of continues power. To find out how good your components really are audition

How fuses alter the sound of your system. For over one hundred years people believed electrons flowed like water through a pipe and that once ‘contaminated’ by miles of wire, there was little or nothing that could be done to ‘clean’ the electricity feeding your components. Consider this: the electricity feeding your system’s components first propagates through a single fuse. This is why significant gains in sound quality are possible when you insert an SR Black or Blue Fuses into each of your components.

Today physicists understand electrons don’t flow at all but rather propagate in a wave of energy that moves along a conductor with a multitude of factors that alters this wave at the quantum level. To understand how electricity travels without electrons ever leaving their respective atoms it is helpful to consider the spectator ‘wave’ at a football match. Even though you can clearly see a wave pattern moving from spectator to spectator as fans raise and then lower their hands (without hands jumping from one person to the next), so too does electricity ‘move’ without electrons ever leaving their atoms. At Synergistic Research we’ve isolated key factors that affect how electricity propagates by changing the behavior of electrons through Inductive Quantum Coupling methods we collectively call UEF Tech. In fact, UEF Tech is so powerful even an electrical chain several miles long is fundimentally improved with nothing more than a single fuse engineered with our patented UEF Technology.

HK$900.00
SR BLUE FUSE
Blue FuseThis is your system on Blue. Any questions?The... 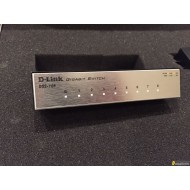